The Forgotten Spaces competition sought responses from 17 leading architectural practices from across the country to six sites in the City Region. MGMA were allocated the market square at the heart of the post-industrial settlement of Earlestown, part of the Borough of St. Helens. 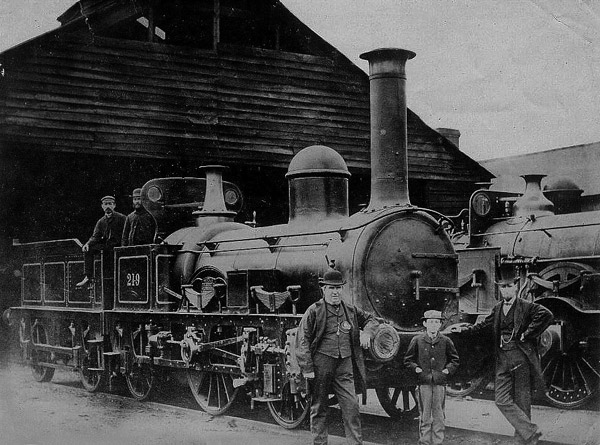 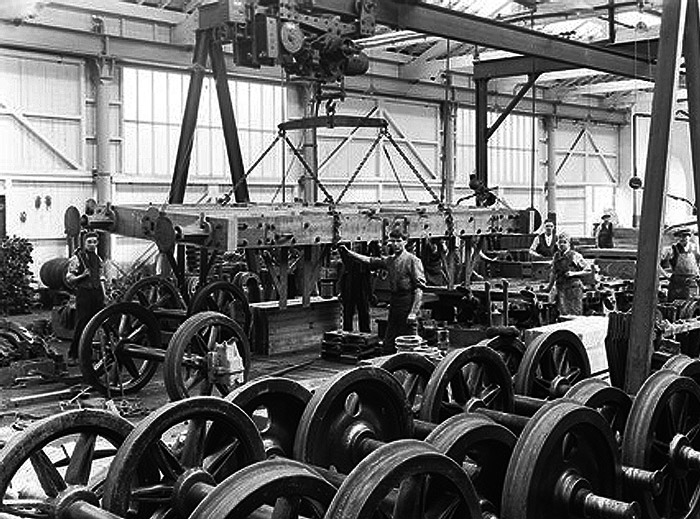 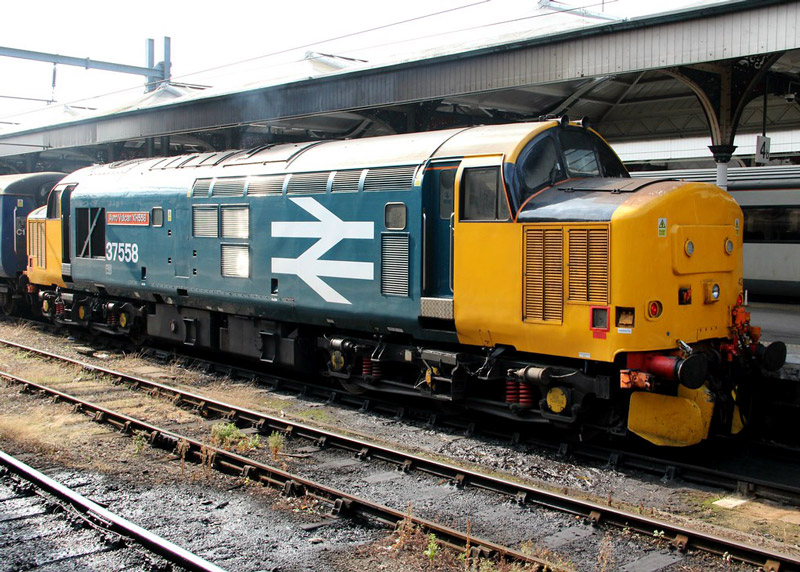 The market square is the heart of Earlestown, a sizeable urban gesture at the end of the high street which links the grade II listed C19 Town Hall to the railway station. The surrounding buildings are diminutive in scale at two and three storeys when related to the context of the 8,500m² market square setting.

Recent years have seen a decline in trader numbers and shoppers, but two weekly markets still serve the square. Shopping patterns have changed, with car-based shopping parks dominating the edge and infill sites of post-industrial settlements across the region. Informal market-based trading is still a characteristic feature of northern towns, an asset to be supported and developed through complementary development. The market is a space for public gathering and exchange, and could anchor future development if supported and expanded through increased local population, creating greater demand for the market and associated services. 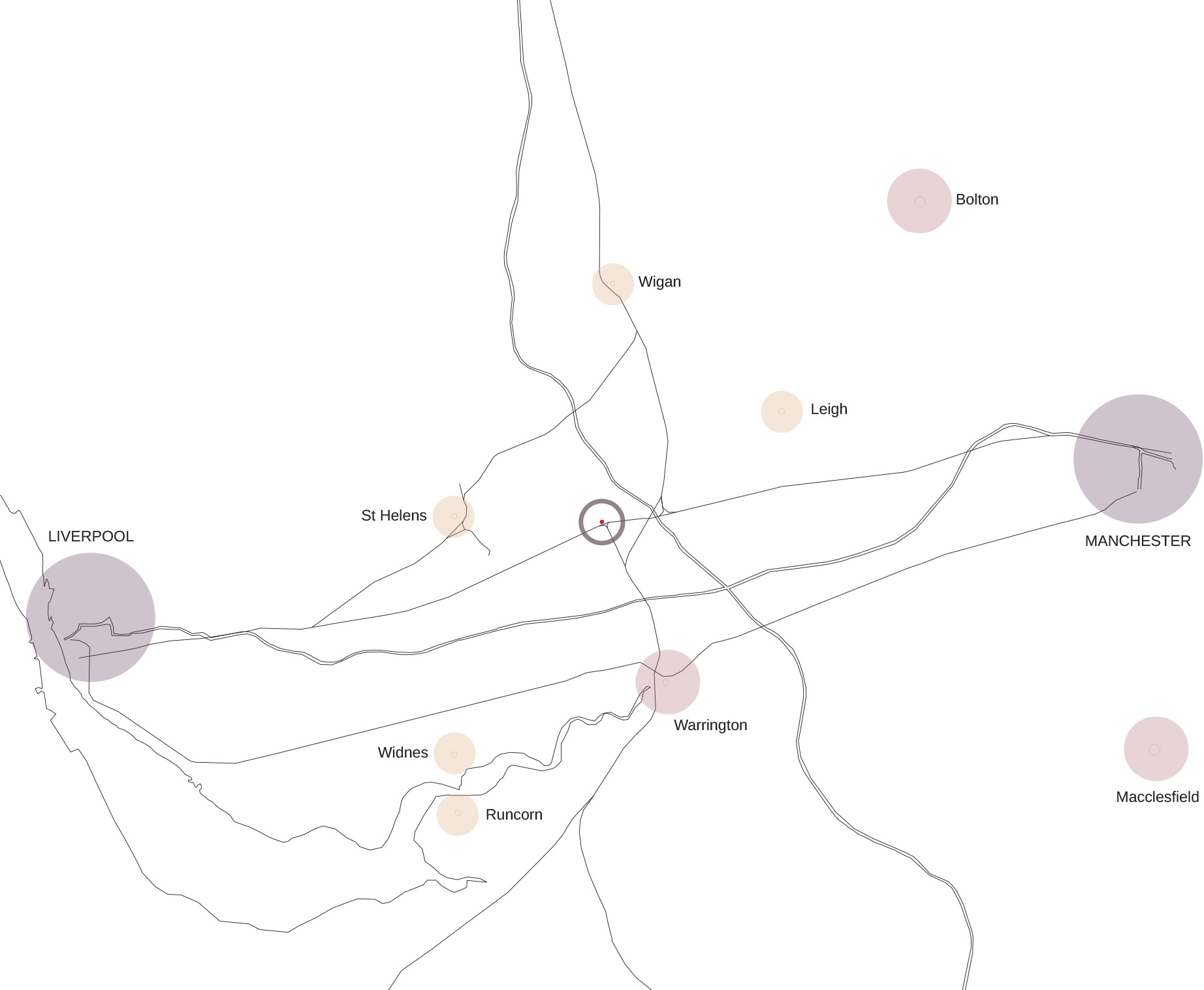 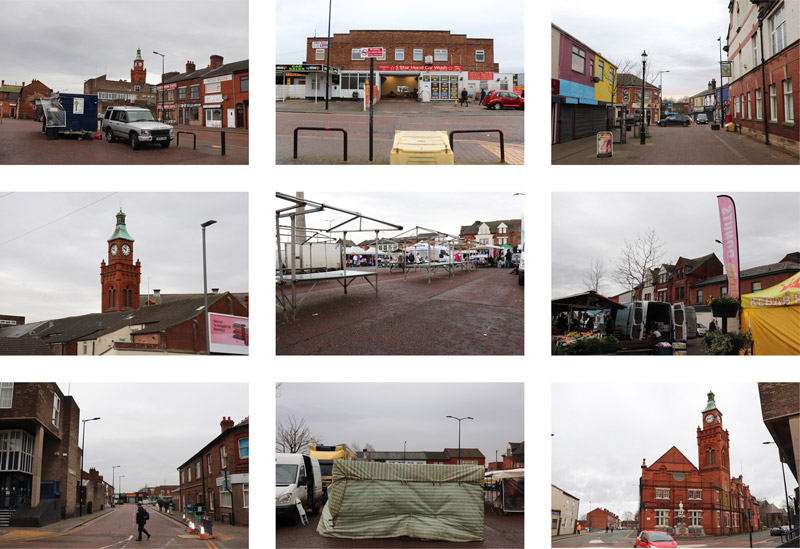 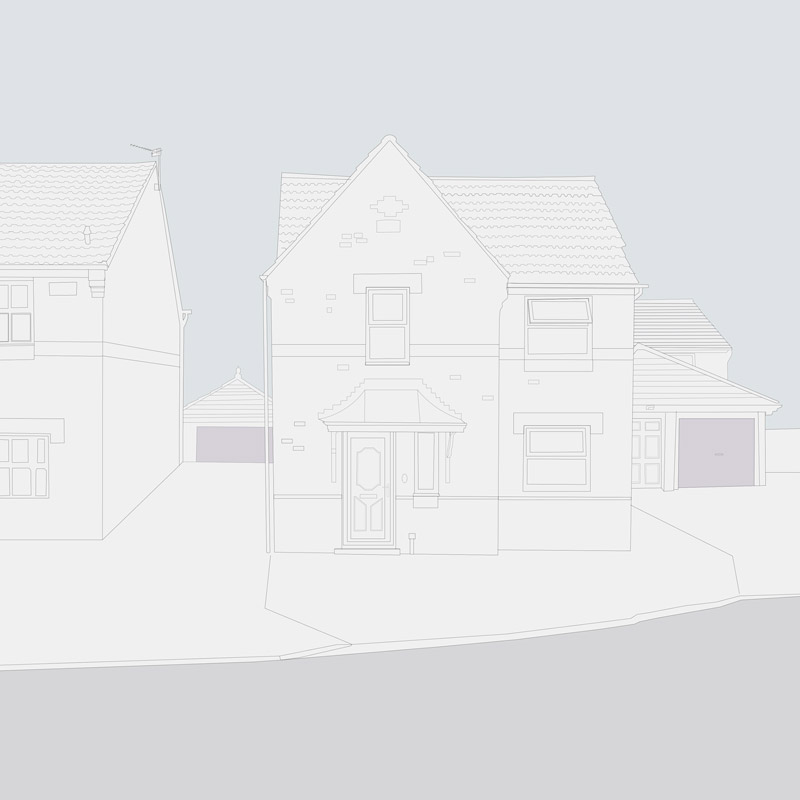 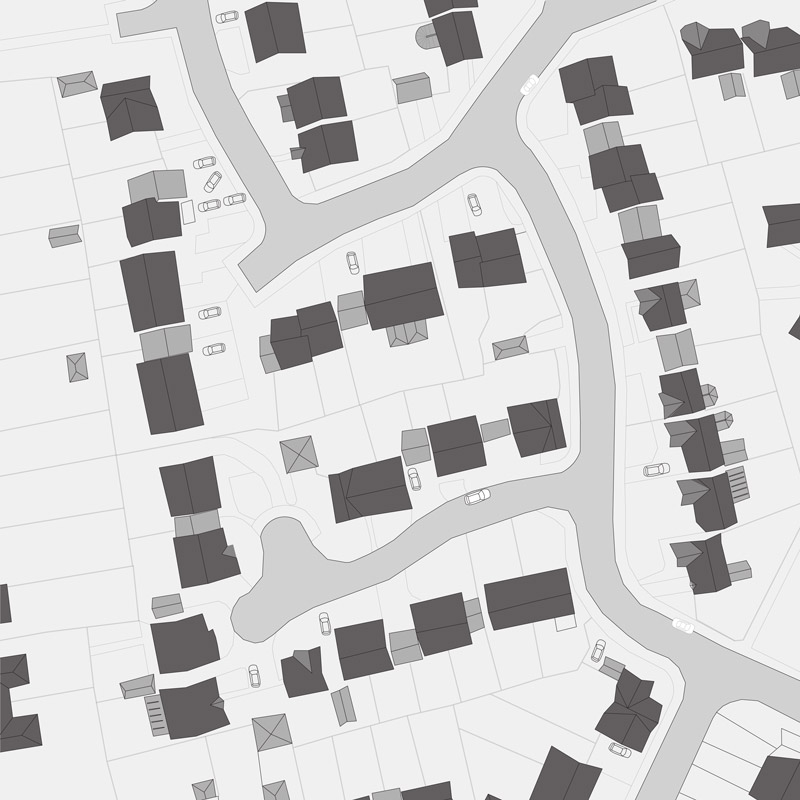 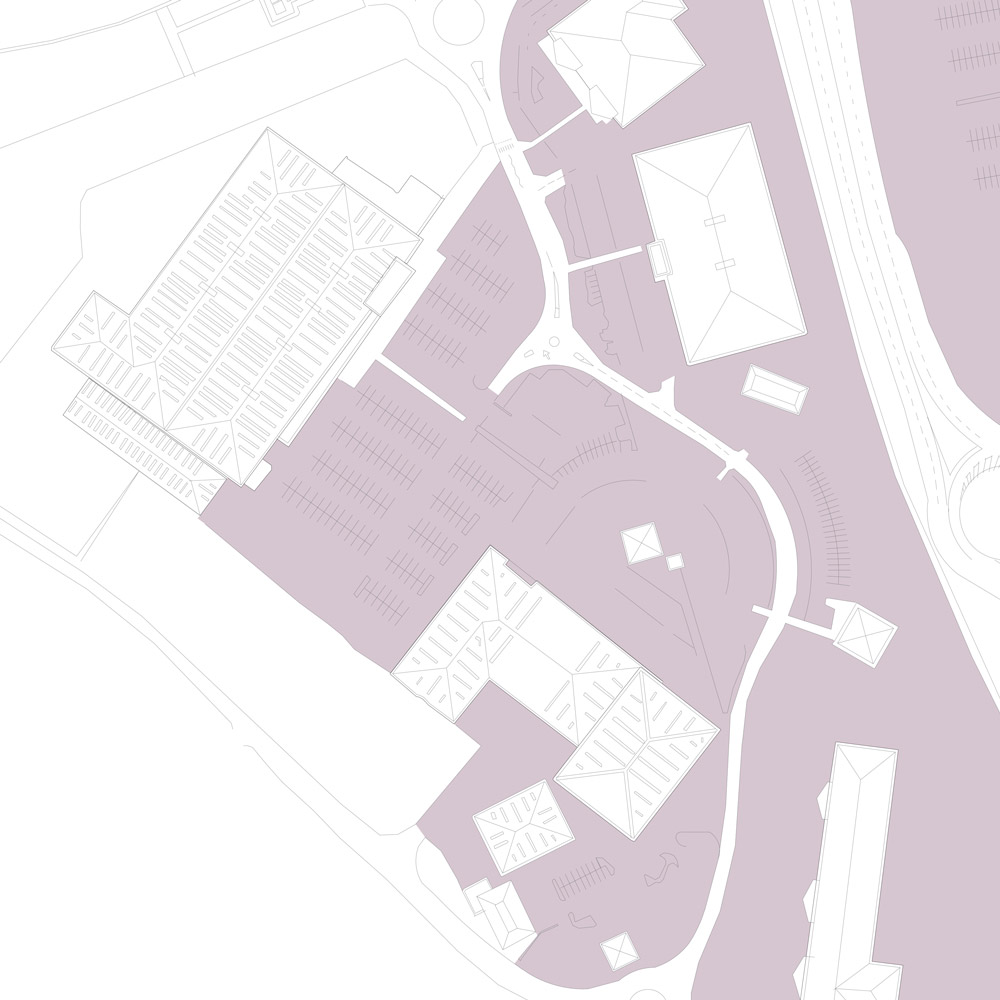 The MGMA position is far from radical, in that the observation of recent residential and commercial development in Earlestown are characteristic of UK-wide edge conditions in being car-focussed – as such they are fundamentally unsustainable. The automotive landscape is formed by atomised units of isolated uniformity, obliterating traces of settlement distinctiveness. Such developments deliver the paradox of individuality at all costs in low density formal conformity. They exacerbate the decline of town centres and undermine the sustainability of communities.

The housing market preference for the anonymous box is cemented by a lack of a good alternative. Beyond the metropolitan centres, there is currently no real choice. Apartments where they are offered rarely offer comparable space or amenity standards. The resultant housebuilder estate densities are low, their development forms are generic and respond primarily to the car and rarely to place; thus Iain Nairn’s prophetic remark that the end of Southampton will come to resemble the beginning of Carlisle. Or indeed Earlestown.

This is a disconnection from place; the specific history of development in the settlement, yet such developments borrow pastiche historicist forms and styles. And as observed above, social and market housing providers outside larger cities offer residents no viable choice. 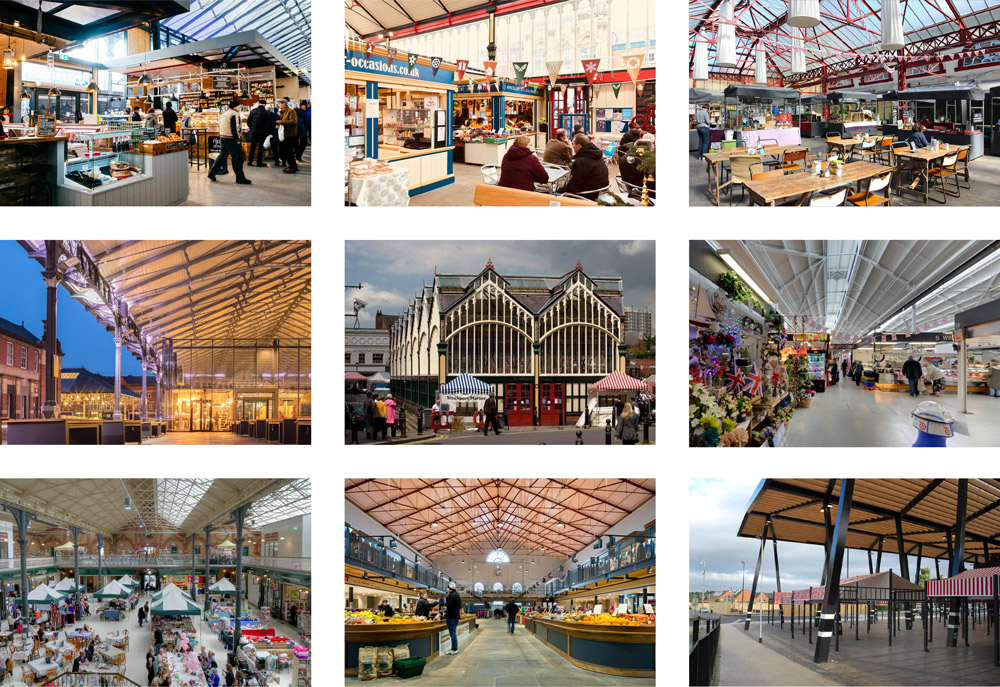 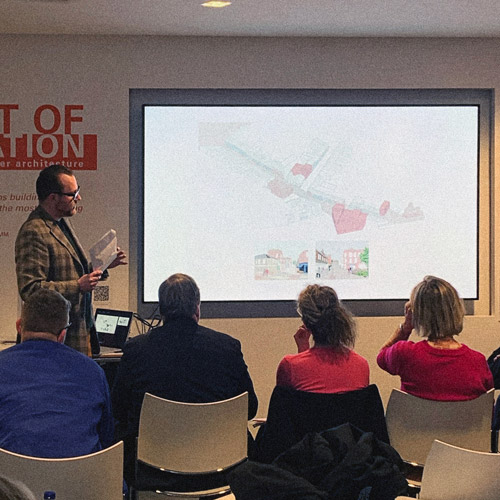 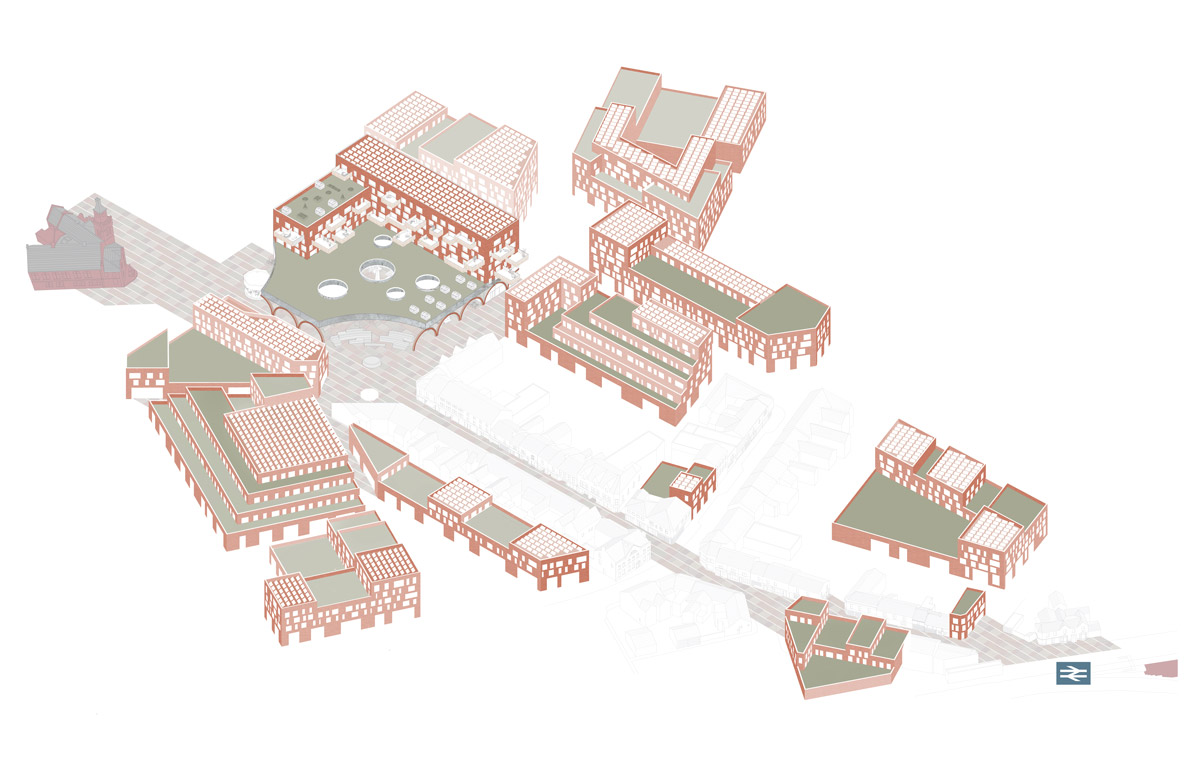 If we are to respond to the climate emergency, existing settlements need to support living without the car at the local level, developed around nodes of transport for better regional movement. Existing town centres need to counter edge sprawl by re-intensifying mixed-use central places, anchored by housing, where density provides a critical mass.

The MGMA project has three strands:
• Firstly, redevelopment of the market square where residential, commercial, and civic uses are anchored by the new market hall and square, drawing on the typology of the covered market observed in other northern towns.
•Secondly, the phased densification of the town centre, adding new housing-led development, retaining and restoring the legibility of the street form.
•Thirdly, enabling the renewal of the high street through infill development and refurbishment of key existing buildings. 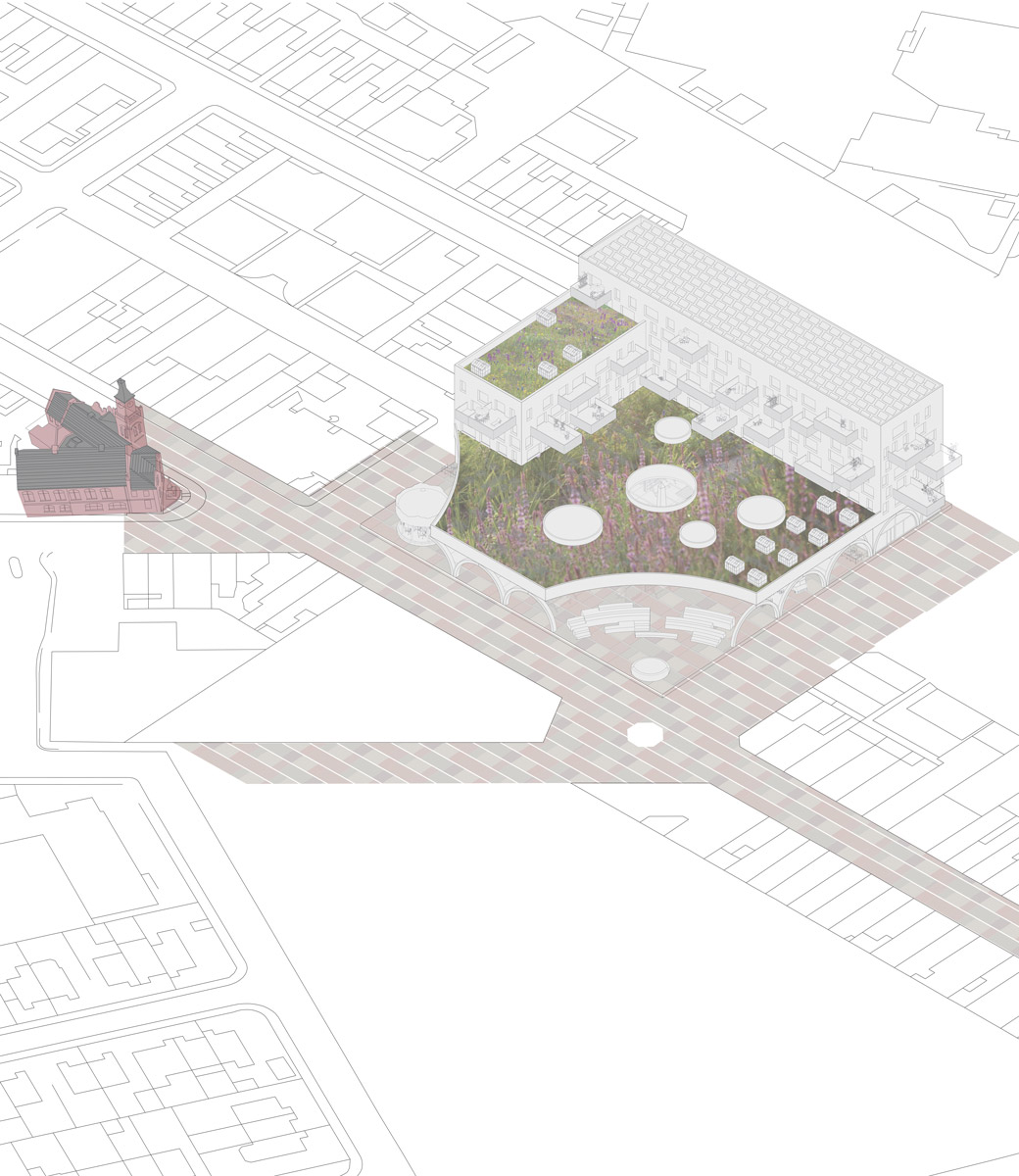 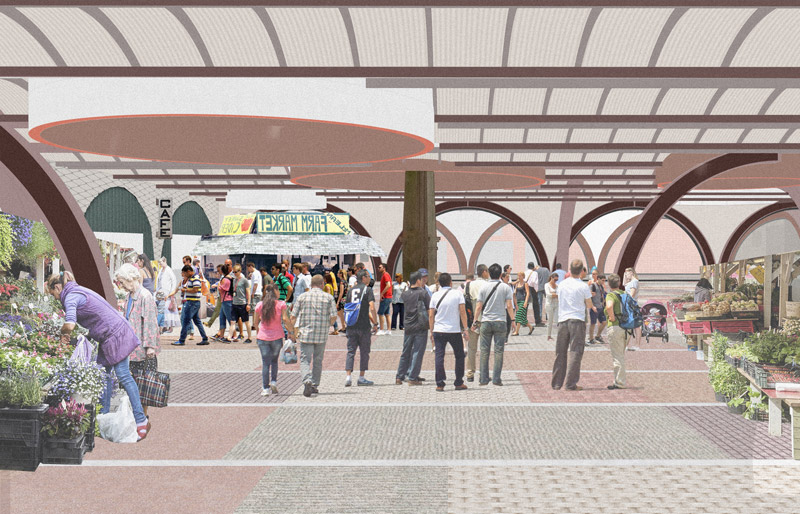 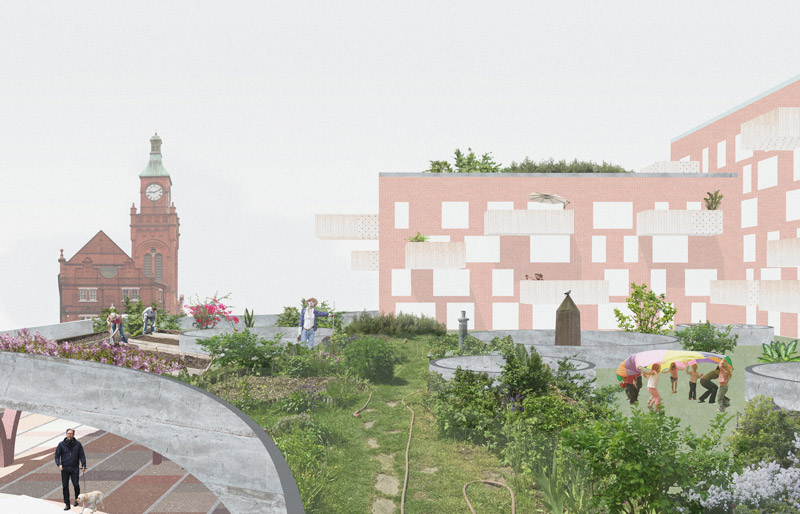 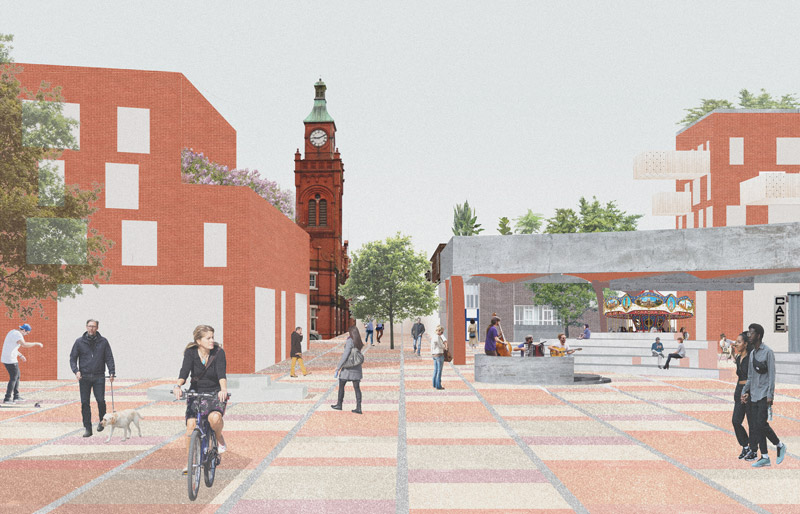 The new market square provides a covered market and public square, anchored by residential development, setting a new scale for the centre of Earlestown. The landscape rooftop provides private amenity for new residents, and the reformed square provides a civic space focussed on the monument. A library and health centre are housed within the new building.

Development on adjacent sites is formed by a mix of approaches. In some instances, comprehensive redevelopment restores and reinforces the legibility of the settlement grid. Other locations benefit from infill developments on vacant or underdeveloped sites, and refurbishment of key buildings, to increase density and restore street-level activity.

The phased masterplan is a 10 year vision designed to gradually increase the scale and density of the central area, eventually providing in excess of 350 new homes and spaces for businesses. Public ownership of the assets ensures long-term value for the town. 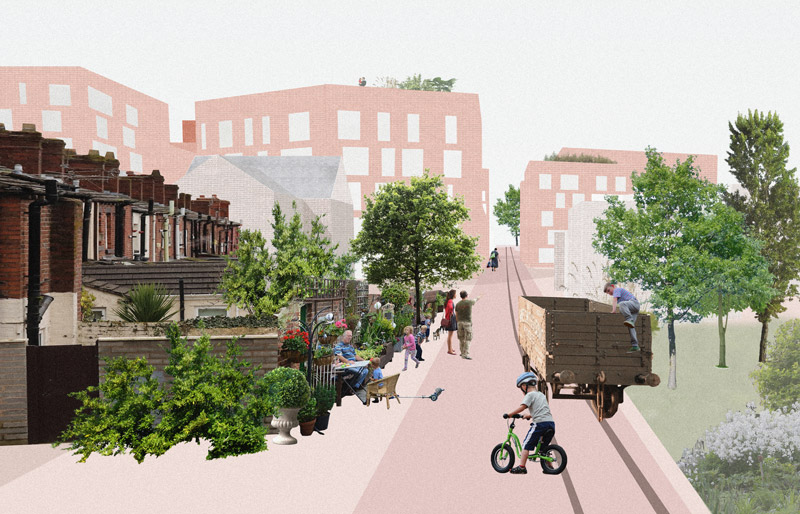 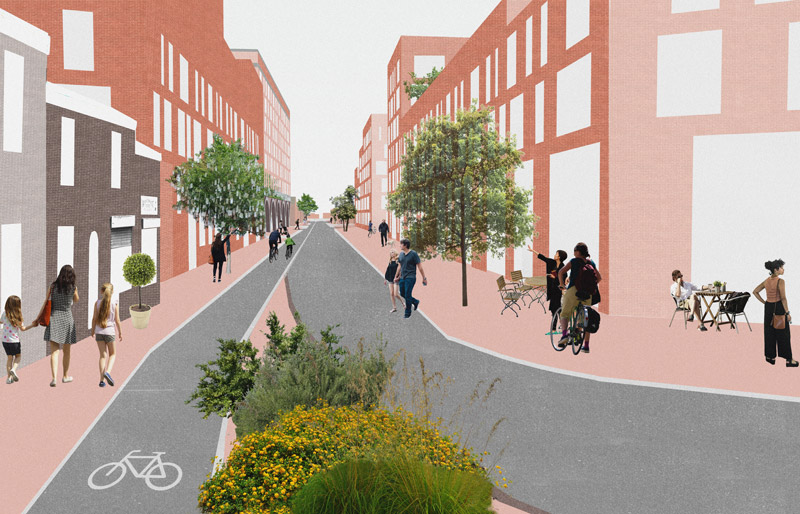 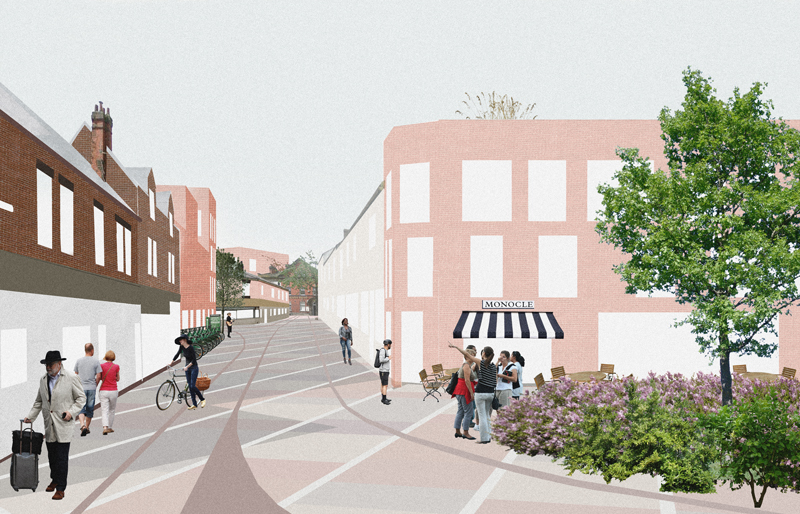 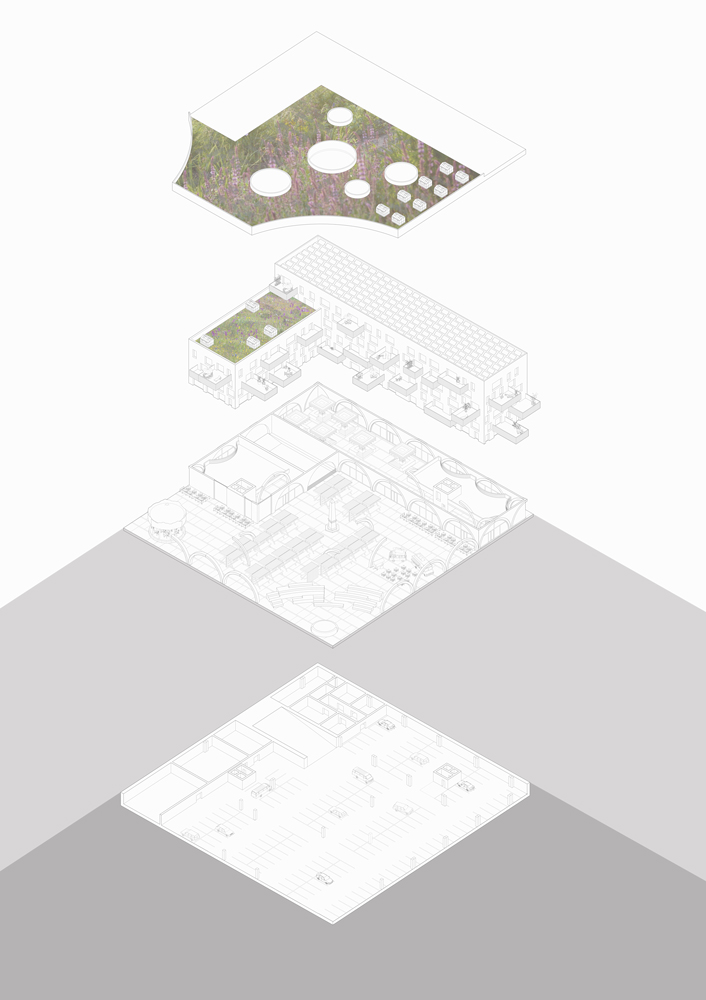